We are so pleased that you chose to make Cranberry Township your new home! Please contact us if you have questions.

Information regarding utility services and more... 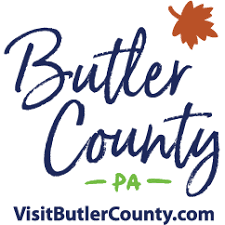 Located in Western Pennsylvania, Butler County offers a glimpse of small town life, yet is close to major cities.  We are only 25 miles from Pittsburgh, 325 miles from Philadelphia and 380 miles from New York City.

Some of the earliest known history begins with first U.S. President George Washington, who passed through the area around the same time the French & Indian War began.  Butler County has plenty of other interesting history, as well.  It was founded in 1800 and named for Gen. Richard Butler, a colonial officer in the American Revolution.

Many of the towns hold rich German history; including Harmony, founded in 1804 by the Harmony Society of German Lutheran Separatists who were seeking religious freedom, and Saxonburg, which still maintains the architectural charm of a quaint German hamlet. Saxonburg was co-founded by John Roebling who also invented wire rope and designed the Brooklyn Bridge.

Present day, the county has museums and many historic locations which interpret the area’s past. Special events and reenactments offer living history as well. See more Butler County landmarks and attractions.

Many thanks to our friends at Butler County Tourism & Convention Bureau for producing this terrific video about Cranberry.