One doesn’t have to go far to get a taste of Chicago, because a Cranberry resident has it perfected.

She handmakes over 100 toppings for her specialty hot dogs and loves coming up with new recipes inspired by food, life, and her customers’ creations.

The full-time operations manager and mother decided to start a side business in early 2018 to make extra money while having fun with her kids, but Augustine’s passion for food and concessions started long before that.

When her children participated in the Seneca Valley Junior Football and Cheer programs, she served as the association’s concessions coordinator at Graham Park. Once her children aged out of the programs, Augustine realized she enjoyed talking to people in a down-to-earth atmosphere like a concession stand.

Later, she started working in concessions at the then-named Heinz Field and she looked forward to talking with the customers.  When she decided to open her own business, Augustine focused her offerings on a top-selling concession stand product: a hot dog. Whether at Graham Park or Heinz Field, “hot dogs sold well.”

But Augustine wanted to make her hot dogs better. She uses only gourmet buns, all-beef hot dogs, and handmade toppings. Her children were too young to get jobs, so she figured she could pay her kids to work for her, and soon, the trio set out to establish Hot Shot Dog Co.

Now, she has built a following and frequents festivals across Pennsylvania and Ohio, including the local fan favorite CTCC Community Days. She plans her menu according to an event’s theme or the time of year, but if she has the toppings on hand, she’ll make anything on-demand.

That’s what makes Hot Shot Dog Co. one of the hottest dogs around. 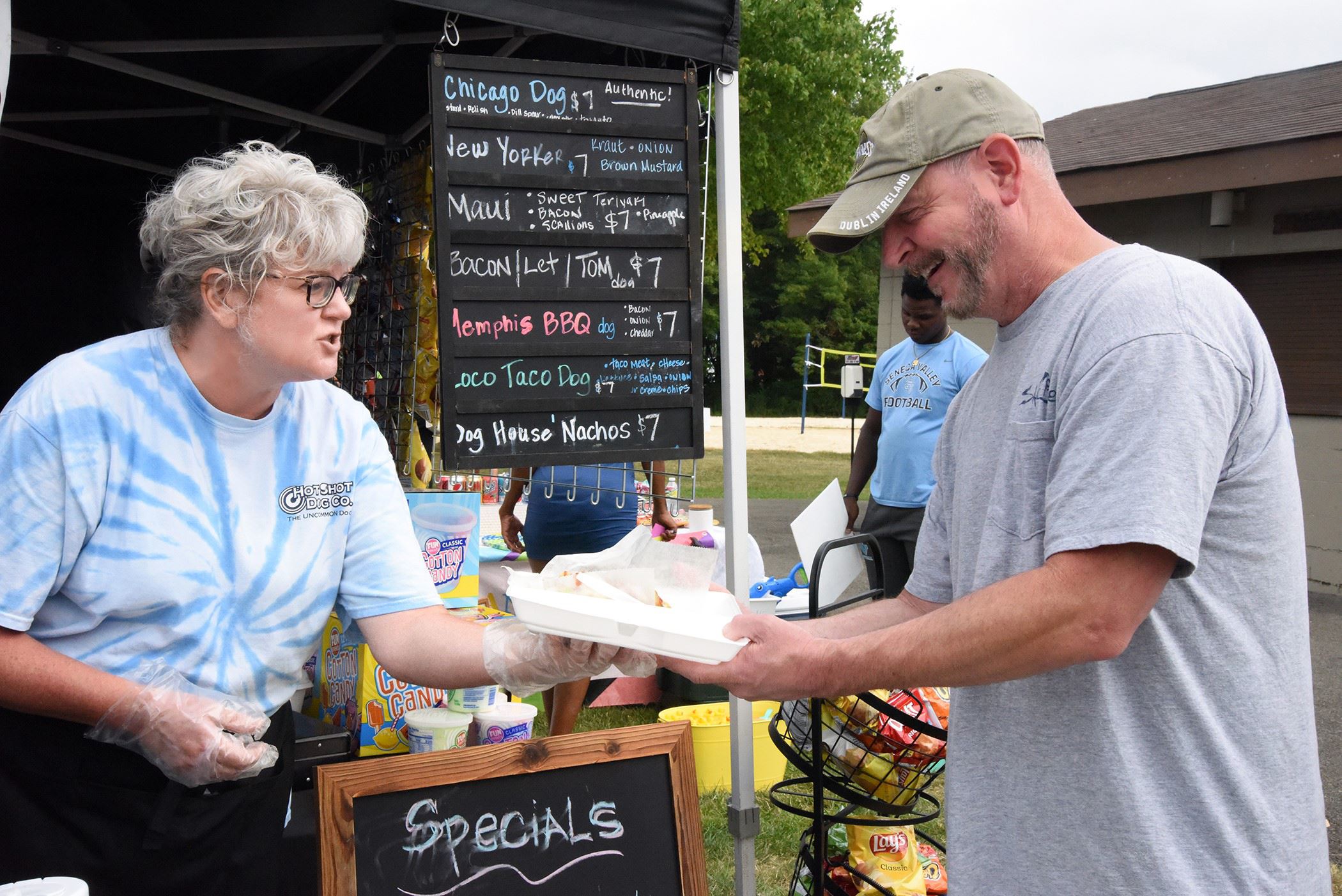